Did the epic Ramayana Freytag its way into our lives? 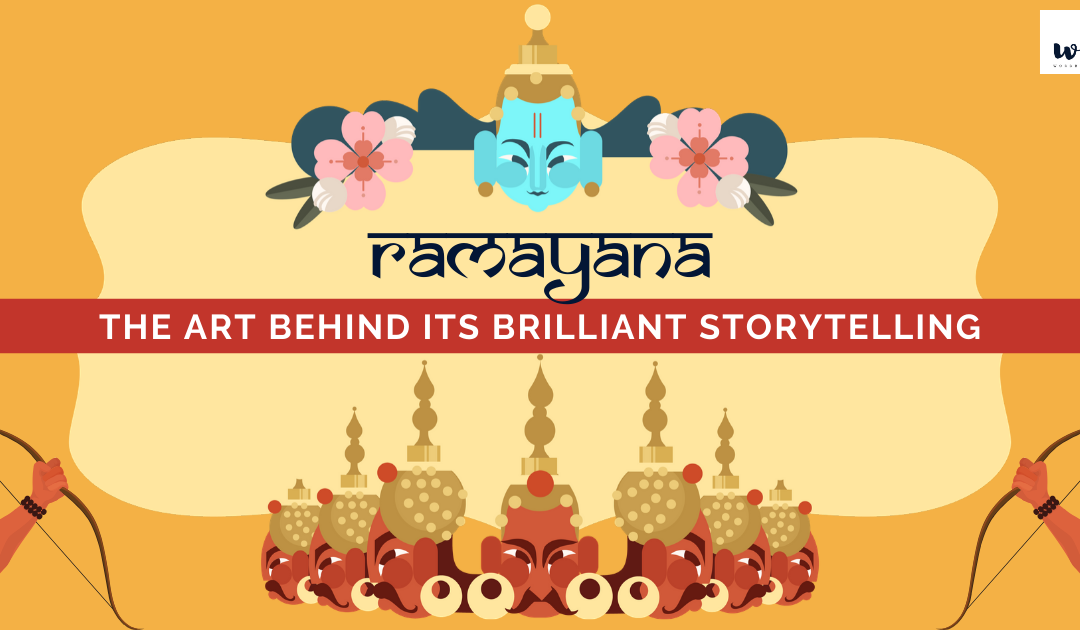 Aristotle: “Every story has a beginning, a middle and an end.”

Freytag: “Nuances, bruh! We need to add layers to your theory TBH.”

And add layers, he did. Gustav Freytag, a German novelist, who introduced the universe of storytellers to the Freytag’s pyramid in the 19th century, did not envision that his layers will become the backbone of most of the greatest stories ever told. Case in point- The Ramayana series.

We all have memories of neighbours coming together every Sunday to whichever household that had a TV, gorging on fried snacks, envying Dara Singh’s random flying capabilities and just revelling at the spectacle, that was Ramayana. And did you say, you will not watch the re-runs during lockdown but ended up waiting for the next episode every day? Welcome to the lifelong fan club of big brows, saffron robes and Arun Govil!

But what makes the Ramayana serial this great a watch? The Ramayana is one of the most splendid examples of storytelling done the Freytag way.

As per Freytag, every story must follow a 7-step flow, as below-

Let us understand this with Ramayana’s example-

Exposition/Introduction- This portion of the story, sets the foundation of all the characters, and typically where you, as a viewer, will choose your favourites.

We are all introduced to the kingdom that is Ayodhya. The relationships between the characters are carefully defined- Ram’s love and regard for Dashrath, envy between Dashrath’s wives, and the brothers’ devotion for Ram. The first few episodes introduce us to the family dynamics and undercurrents. There is talk about Ram being the next king, but you have seen Kaikeyi’s anguish, and you know there is something off about her.

Inciting Incident- Here, the protagonist reacts to a situation in such a way that it triggers a chain reaction of sorts.

The day Ram is going to be crowned the king, Kaikeyi throws a curveball at Dashrath, who finds it all too complicated to bear and bids goodbye to the world. Ram then, reacts to the situation by setting on a 14-year long Vanvaas (exile) with Sita & Lakshman. Bharat, for whom the whole conspiracy was plotted refuses to take the throne. ‘Dude, seriously?!’, thinks Kaikeyi.

Rising Action- This normally is the longest part of the story, wherein complications are introduced, and you know something bigger is brewing.

Ram, Sita and Lakshman’s exile tales get interesting with Sita’s garden stories, golden deer getting spotted and Shurpanakha’s growing interest in Lakshman. Things get tense when the nose is cut off. Quite uncalled for, honestly.

Climax- This is the point of maximum tension in the story, between the protagonist and the antagonist.

You guessed it. Lakshman Rekha is disregarded, despite your loudest screams hurled at the TV. The golden deer is never found, but Raavan abducts Sita. Meanwhile, Sita is smart enough to leave a trail of jewellery.

Falling Action- This is the part of the story where the fortunes of your characters get decided. It leads to the resolution.

Ram and Laxman form their Vaanar Sena; the mighty Hanuman comes to serve them. Bridges across oceans are formed, and there is no looking back. Meanwhile, Raavan is convincing Sita to marry him, but Sita will have none of it. Hanuman flies in, and out with some messages and before you know it, the war begins.

Resolution- Here, the conflict gets resolved by the protagonist.

Of course, Ram won. Sita is rescued. They begin their journey back to Ayodhya.

Denouement- It means, ‘the ending’ in French. Can be happy or tragic, depending on the story.

Ram comes back and is crowned the king. Diwali is celebrated, and they lived happily ever after.

What followed is the season II of Ramayana, called Uttar Ramayana which had its own Freytag’s pyramid flow.

We would now like to leave you with- “Mangal Bhavan Amangal Haaaaaaaari….”, for the rest of the day. May the tune be stuck in your heads today!